Someone I know recently posted on how short spring is in Canada, and how much he wants to appreciate it while it’s here. On one level, I get that. And yet, it reminded me that in my own psyche, I tend to favour the approach of the ancient Celts: there are only two seasons, winter and summer. November to May, and May to November. Not only two seasons, but two separate worlds, two ways of living, two ways of being in relation to myself and other people and the world. My lowest energy point always comes before the winter solstice, and the highest comes before the summer solstice. Midwinter and midsummer, as they were once sensibly called.

When our calendar says winter, my soul is already priming for the upswing of spring. On the longest day of the year, I start to see the bittersweet end of summer on the horizon.

And so now, in the land of summer, we have been living a different life than we did a few months ago. Homeschooling makes this obvious. In winter, there is restlessness and not quite enough structure; the days are too short; going out takes a lot of energy, staying in is draining in its own way; socializing happens in crowded urban houses or in bursts of cold active outdoor time; everything seems to take a lot of effort. There are long dark evenings to fill.

Something switches in May. And this year, after trying to impose structure all through the fall and winter, I knew when it was time to throw it away. It started on our trip to England, after which I had two weeks of fighting with my kids about going back to this year’s homeschooling routines. Sometimes I make myself do things that don’t work for a while to prove to myself that they’re not working. School-at-home, even in a modified form, does not work for us. I see people for whom it does work. I’m realizing that I’m probably not going to be one of them.

So instead, we’re back to living on faith: that needing to communicate and co-exist with other humans; having books lying around every surface of our house; having regular access to great museums and art galleries and libraries; and most of all, having the whole REAL LIVING WORLD to explore is enough. Learning happens because humans are primed to learn, because they are curious and engaged and passionate, because they want to master things that they’re excited about or that they want to apply in real life. And even more so when there are supportive people, supportive mentors around – parents and others – to give a push when needed, but also to go along for the ride.

Which doesn’t mean we’ll throw our workbooks away forever. Maybe next fall the time will be right again for that kind of focus. Structured learning is a tool we can use again. Heck, actual school is always a potential option. But for the past two months we have been exploring the city; we have been camping with friends; we have been climbing trees and wading in rivers; we have been reading good books both together and separately; we have been designing games; we have been copying out favourite poems; we have been experimenting with culinary and art projects. And now we are looking forward to the full immersion of a couple of summer day camps.

As a homeschooling parent, or a parent in general, or simply as a person, I need to keep reminding myself to play to my strengths: curiosity and insatiable love of learning, openness to possibilities, creativity, good judgment, attunement to my kids’ needs, a certain kind of patience.

As I child I took piano lessons for many years. Three decades later, I guess I’m glad I did. But certainly, when I was allowed to quit, I happily quit. I didn’t regret not pushing myself to keep doing something I wasn’t at all passionate about at the time. Maybe if music had been taught in a way that inspired my creativity and enthusiasm. Maybe. And it’s not impossible that I’ll return to it some day. But right now I have no regrets.

When my children want try something new, something that I need to pay for – or when I convince them to – I generally require that they finish the initial commitment: the week of camp, one season of a class or program. This is usually enough to get through the hard parts. Sometimes after telling me that they never want to do it again, by the end they are begging to sign up again next season, or next year. Other times, they have no interest in going back, and I am learning to accept that. My role is to know when to coax them through the setbacks and when to let things go.

This also goes for relationships with other humans. We are all learning these lessons together.

There are a few things I regret not following through on in earlier years, but now I see that I will I pick them back up again when I’m ready. I will never be a specialist: there are too many things that I love, following every skill and subject that intrigues me being one of them. So I model learning to my children; I model curiosity; I model engagement.

I once read a long article about teachers working in the most challenging schools. The point that stuck with me from that piece is that the best teachers keep changing their strategy. They keep trying new things. They are ruthless about changing what doesn’t work. When I feel like I am a dilettante who can’t stick to any plan for long, I try to keep that in mind.

Trust versus fear. There is a lot of trust involved in homeschooling, or in raising kids under any circumstances. There are a lot of cultural messages telling me that I should choose fear instead, that whatever I do, my kids won’t be enough, won’t know enough, won’t be competitive, won’t be prepared. But I am going to trust: trust my intuition and my judgment, my children’s enthusiasm and their limits. Trust that they will find their way in the world when it is time. 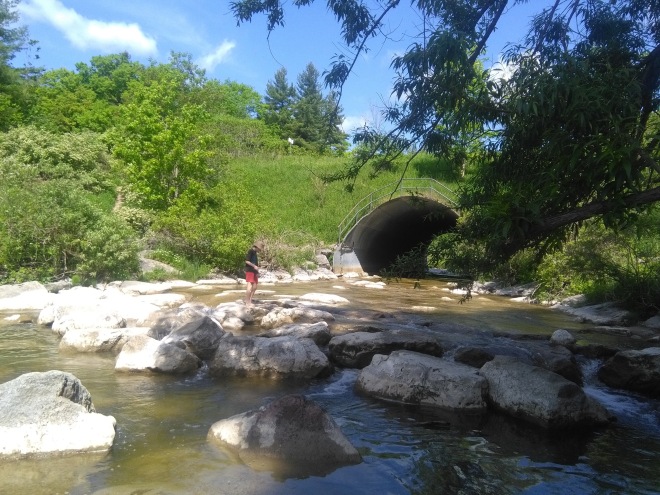